I was at a client’s office working on their office server this Thursday.  In addition to all the crawling around under tables and dealing with cables, switches, and routers, I also have been re-creating their website.  I was getting short on photos.  "Do you have any more photos I could use?" I asked their accountant/onsite help desk guy, "I’ve exhausted all of the ones I’ve shot myself and I need some more."

"Oh yeah, we have tons," he replied, "One of our members is a photographer.  He has a photography firm and he takes all the pictures for us.  El es un fotografo buenismo y toma fotos increibles.  (he is a really good photographer and takes incredible pictures). I’ll burn you a CD."  And he disappeared to his computer and the burning.

I went back to trying to figure out why Samba had decided to stop working, dumping core, and refusing connections.  Bizarre. It was doing something all right, just not what it was supposed to do.*

After a few minutes, he returned.  "Here," he said, dropping the CD in my hand, "This is from an event from last week."

I opened my laptop and anxious to see these beautiful photos, clicked it into the drive tray.  After hearing all about the photographer and his mad skills, I prepared myself for a huge pile of awesome photos for the website (http://beta.hechoenpr.com/) This was going to make my life easier.  I’ll have more to choose from.  I opened the CD and started browsing.  I furrowed my brow.  "These photos aren’t really all that good," I said, "They’re kind of bad, actually.  I thought you said this guy was as good."

"Oh, I’m sorry, those are actually photos I took.  I have a crappy little camera.  They are just snapshots."

"Hmm," I replied.  "After all the talk about this professional guy, I was worried.  Okay, I’m glad.  Do you want to know how to make your shots better?  You could improve a lot with just a few simple tips, even with a crappy camera."

"My wife takes nice pictures," he said. "Her photos are a lot better.  She has a lot of artists in her family.  Her brother is an artist."  I could tell he was a little embarrassed by my accidental bluntness.  But, hell, I’ll just go with it.  I am not a mealy-mouthed type.  He could spent the rest of his life taking shitty photos and never have anyone give him any pointers "to save his feelings," but I wanted his photos to say something or at least fake saying something, anything but stand still.

"Yes, an artist probably has some formation and training for using the space and telling a story, showing action or whatever.  I have a couple of basic tricks to go from beginner to amateur.  Do you want to know what they are?" 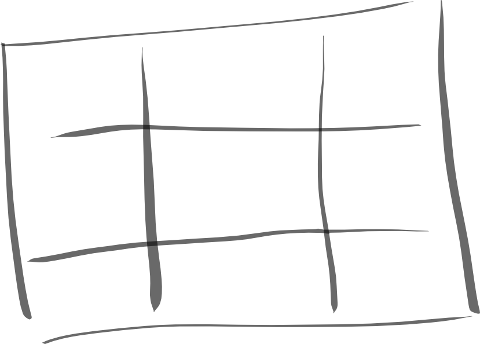 "First, is the rule of thirds.  It goes like this.  Take your canvas and divide it into thirds, horizontally and vertically.  Your intersecting points are interest areas.  For example, why do shots of the ocean always fail to live up to the moment?  I’m sure you’ve taken lots of shots of the ocean, beach, la isla, and they never come out the way you remember them, right?"

"Yes, pictures never capture how beautiful it was," he agreed.  He was shuffling his feet and seemed to be losing interest.  They are forever polite and have little capacity to deal with uncomfortable moments. 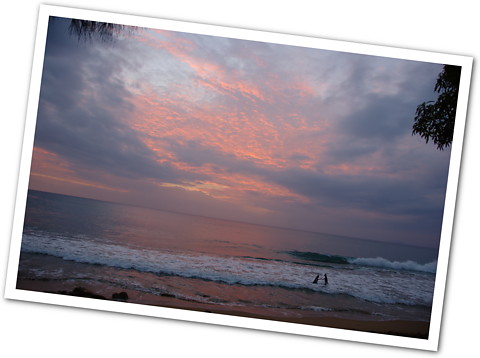 I continued, "If you are shooting people, make sure you get close.  If it’s a group, apart from a planned group portrait, try to focus in on one or two people.  Basically, just get closer.­  When in doubt, get closer.  Those are my two tips, and they will cover 99% of circumstances.  As you improve, and believe me, I’m no professional, you can break these guidelines.  But to start out, they’ll help you turn snapshots into art.  Really great photographers ca­n tell amazing stories with bigger groups, more complex elements, and from farther away, but the beginner doesn’t know how how to balance so many things at first.  Just be patient and get closer.  Stick to one or two elements and tell a simple story." 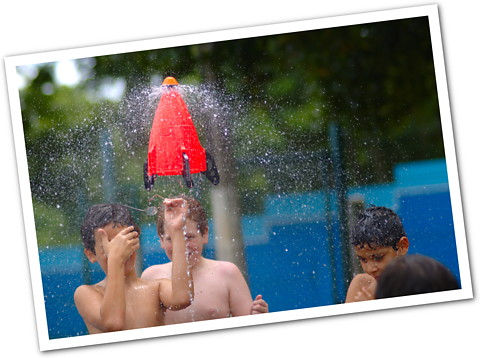 ­"Okay, thanks James," and he excused himself.  I could tell he was only being polite.  It’s probably why his pictures will continue to be shitty.  But that is another story.  I decided that I was going to write down what good art looks like, feels like, and is.  Since I’m a multi-disciplined person I think I am qualified to define what makes good art in a variety of media.  I think I can even tie it into what makes a good battle plan and a good life.  I use the word "good" because to be "great" you’ve got to dedicate yourself to one thing.  To be merely good, requires only a little bit of passion and purpose.

So let us begin, shall we?

The photography/graphic arts "rule-of-thirds" is really just a trick.  You trick your viewer into believing something is happening in the frame.  Take the sky and ocean example.  Put the ocean in the middle and it is stagnant, locked in stasis with the sky, a stalemate, neither giving nor receiving.  The sky and ocean just sit there.  The photo says nothing and gives nothing either way.  Should, however, the sky yield to the ocean or the ocean to the sky, now you’ve got something.  Movement.  Purpose.  It is small, yes, but with the ocean spilling into the sky or the sky pushing down the ocean you have begun a process  It is this something, this movement, that makes the picture interesting.  Bingo.  It’s not the greatest picture in the world, but neither is it the worst.

Instead of shooting a person right smack in the middle of the shot, put them off to one side.  Which way are they looking?  Are they leaving the frame, or entering it.  If they are in the middle, most of the time it’s a boring photograph because the perception is that nothing is happening and the space around the sub­ject it distracting or wasted.  Maybe you should crop it or get closer or offset the subject. 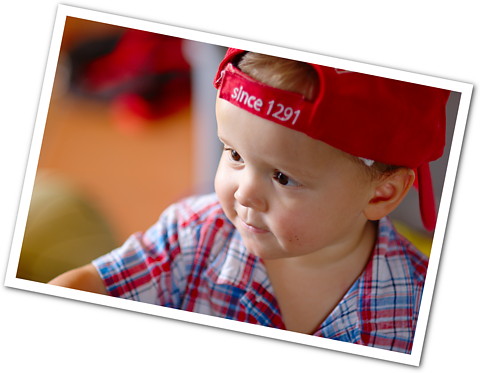 There’s a lot of clutter behind, little Mr. Asier, but instead of putting him in the middle frame with clutter all around, I have his motion moving in frame with the clutter blurred and de-emphasized.   A great photographer might have planned this better, but sometimes you just have to shoot what you have in front of you.  With a few simple tips you can turn ho-hum snapshot into something you and others will adore.

Beginning writers are told to show don’t tell, to use adverbs sparingly.  Don’t tell me about what someone said or did.  Show me.  If someone was sad, don’t tell me:  He was sad.  Show me how he was sad.  And don’t say:  He walked sadly.  Tell me he walked without picking up his feet and the sound they made as they dragged over the dirty floor.  Tell me how his clothes drooped, or how his hair was flat and oily or how when he answered questions he mumbled or looked away and didn’t meet your gaze.   The key is that good writers can take any subject and make it interesting and put you in the moment.  Take this passage for example about coming home, sitting on the toilet and through a simple discovery realizing true love.  Sonny, true love is the greatest thing in the world. Except for a nice MLT: a mutton, lettuce and tomato sandwich, where the mutton is nice and lean and the tomato is ripe. They’re so perky, I love that.  But I digress.

Thinking about this, I smiled as I made my way up the godforsaken five floors I have to climb every fucking day to get to the apartment. I got inside, put the groceries down and headed for the bathroom. It felt good, if you have to know. (And reading this, I suppose you do.) Went back into the kitchen, picked out the beer and put ’em in the fridge, put the frozen pizza on the table and turned on the oven. That’s when I saw it. At first I couldn’t believe it, it just couldn’t be true. Was it really real? I swallowed solemnly while revering every inch of the realization that crept upon me like a slow sunrise in the time frame of geological foreplay.

Lady C had actually taken out the trash.

Note the spare use of adverbs, the build up, each mundane detail, the slow difficult climb, taking a dump, putting some groceries down, and the frozen pizza (how clever).  Each serves as contrast to the final realization: LOVE.  But not just any love.  Our writer has cleverly placed the ultimate force of the universe within the confines of a small act of refuse disposal.  Doubly clever.  Touché.  It doesn’t get any better than that folks, and is basically the rule of thirds.  Contrast, movement, purpose.  Some people do it naturally, some do not.  The key is, however, anybody can learn this.

A little imbalance allows your electrons to flow.

There must be movement.  Movement for movement’s sake is okay for the amateur, but your goal is purpose of course, willful story telling.

If you had to sum up good art in one word it would be "contrast."

* it ended up being a GCC 3.4.6 hardened compiler problem.  I don’t now what specifically, but after upgrading to the 4.x series GCC Samba stopped dumping core.