Me and My Bike

I got a note a few months ago from someone who­ saw my Oakland, California skyline photo and wanted to use it on a­ website for bicycle advocacy (http://walkoaklandbikeoakland.org/). They were s­o polite, how could I say no?  Besides, I was flattered. 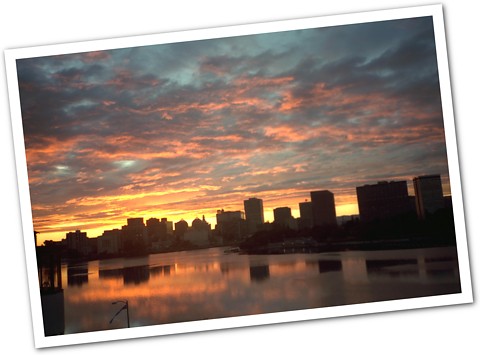 It was taken in February 1996 overlooking Lake Merritt­ from the upper balcony of 407 Wayne Ave. Now that I’ve checked out their website, I’m inspired to put in my two cents advocating bicycling.  I’ve been commuting and running errands on my bicycle for 24 years or so.

I know it’s an old story, the story of me and my bike, but it bears mentioning again. While I could say that I’m being eco-friendly, I really just love getting out in the morning on my bike. Here are some tips for staying in shape, helping the environment, and saving some money.