A Taste of Puerto Rico 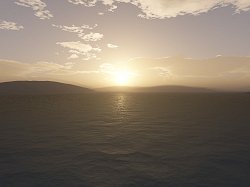 You have arrived on the island of Puerto Rico, a U.S. territory in the Caribbean Sea. You have traveled a long way, about 1000 miles south east of Florida in the Greater Antilles and about 500 miles north of Venezuela. I would love to tell you all about Puerto Rico, but instead of all the basics, I will try to give you the flavor, el sabor, of Puerto Rico. El Sabor means "the flavor" in the local language of Spanish.

Flavor is something that is taken very seriously here.

It is hard to talk about where I live without mentioning food, as it is a central focus of local culture. The other day, I was in a cafeteria ordering food, and there were people around me picking out their lunch items from the displays. They asked for the food to be served on their plates with such cariño (care, or adoration pronounced cahr-EEN-yo), I almost believed they were speaking to a beloved family member, like a dear grandparent, in the most reverent tones. Each dish, yuca in garlic sauce, fried pork, beans liberally applied to the top of the rice, was carefully selected with much respect and devotion.

These were gruff men, in from construction sites, labor jobs, working hard in the hot sun. It was a hot day, as it is hot year around, 85o and with tropical humidity. Some of the men were picking up food for their co-workers, selecting it with the same care as their own. They were on a mission to obtain that special dish, a taste of home-cooked comfort food like mom used to make.

As I watched these men all pick their lunches, I heard them laughing, joking, teasing each other in a jovial manner. Although sweaty from a hard morning of work, they welcomed the rest, air conditioning, and the smells of food that seemed to bring them alegria (happiness pronounced ah-ley-GREE-ya).

Puerto Rican food consists of mainly rice (arroz pronounced ahr-ROHZ) and beans (habichuelas pronounced ah-bee-CHU-ey-las) in a sauce called sofrito. There are many variations of this dish. Sometimes the beans are white, pink, green. Sometimes the sauce has potatoes or another root called yuca or pumpkin (calabasa), and different herbs. I like my rice and beans with an avocado on top. When the avocados are in season, they add a refreshing accent to the dish.

Some other typical Puerto Rican foods are rice and chicken (which is my favorite), fried meat pockets called acapurias (pronounced ah-cah-POO-ree-as), fried fish fritters called bacalaitos (cod fish pronounced bah-cah-lah-EE-toes), plantains (a cousin of the banana that is eaten green here and tastes like potatoes). One of my favorite snack foods is something called tostones (pronounced toe-STONE-ays ) which are fried mashed plantains. They are sort of like round french fries, but tastier.

I picked up my lunch, paid my five dollars, and stepped outside into the hot tropical sun. My car, a little Ford Focus, was like an oven, so I let it cool a bit before getting in. Once back on the road, I realized my oasis of comfort and rest was over, as the cars and hustle and bustle of San Juan closed in around me. San Juan is a very crowded metropolitan city of 2 million people in just a few square miles. I would compare it to Newark, New Jersey in terms of population and crowding. In general, Puerto Rico is a pretty small island, just 100 miles by 35 miles. Oops, I hit a pot hole. I should pay more attention. I sure don’t want to have to change the tire again, especially since it has started to rain heavily. In fact, it rains very heavily almost every day, but only for a short time, and then the hot sun drys it out in just a few minutes. You can watch the steam rise up off of the hot streets. There is so much sunshine and so much rain, that rainbows are a frequent occurrence. I stopped taking pictures of them after about a hundred.

I finally got back to my office where I checked my e-mail and had a cup of coffee. Coffee here in Puerto Rico is truly something to savor. Local culture, as with all things of the palette, holds coffee as one of its most prized possessions. Puerto Ricans will proudly tell you that during the 1600’s to 1800’s Puerto Rico supplied the Pope in Rome with coffee grown here. They will also tell you that la tierra (the earth) in Puerto Rico is better suited for its cultivation than any other coffee growing country, including Colombia. It is just that Puerto Rico doesn’t have as much land to grow coffee as Colombia. Coffee is Puerto Rico’s quiet little secret and is only exported to the finest coffee stores in the US. I drink it every day and consider it one of the finest pleasures.

After a hard week at work, we decided to take a break and head for the beach. You can go the beach and swim every day of the year in Puerto Rico. The heat which makes you sweat, also allows you comfortably enjoy the ocean any time you want. The water in the summer is sometimes as warm as bath water. I prefer swimming in the winter when it is slightly cooler and more refreshing.

It is easier for a camel to pass through the eye of a needle if it is lightly greased.
-- Kehlog Albran, "The Profit"